The Valvoline Camaro Could Be The Next Addition To Your Garage!


Detroit Muscle and Valvoline are teaming up to build an awesome Camaro SS that you can enter for a chance to win!

Valvoline’s Brand Manager, Brooke Trusty, stops by to give us some history behind the company and talk about the awesome Camaro that will be given away. Then, Marc Christ from Detroit Muscle runs us through the upgrades that will be installed in the shop!

Over the years, engine technology has continued to evolve to increase fuel efficiency, power, performance and to meet emission standards with advancements like GDI, or gasoline direct injected engines. These newer engines are smaller, more efficient and run hotter making them prone to oil and fuel-related carbon build-up, which can lead to power and fuel economy loss in a very short period of time. Valvoline has spent a lot of time to understand the newer engine technologies and problems that exist through testing in its lab, as well as using techniques such as borescoping to pinpoint exactly where these issues reside and how they happen.

As a result, Valvoline has introduced Modern Engine Full Synthetic motor oil specifically formulated for engines 2012 and newer to protect them from carbon build-up, wear, sludge, extreme temperatures, as well as knocking caused by Low-Speed Pre-Ignition. To learn more about the product and issues facing modern engines, viewers can visit ModernOil.com.

As far as the Valvoline Camaro, it’s getting an Edelbrock Supercharger put under the hood to increase the horsepower, an exhaust system, modified suspension and brakes, wheels and tires, and of course topped off with Valvoline’s Modern Engine Full Synthetic motor oil. Who wouldn’t want this in their garage?! 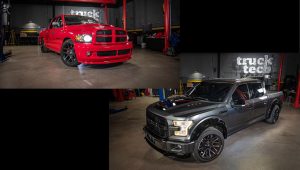 Did You Like Our Muscle Trux Builds? Add One (Or Both!) To Your Garage 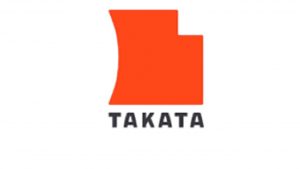 Seatbelts Could Be Takata’s Next Downfall 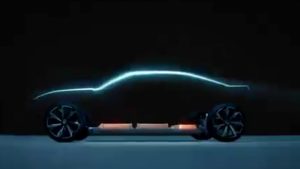