From just the headline alone on this story alone you can imagine how it turns out. Hopefully, your day was better than Jordan Jensen’s.

Jensen is a Texas-based drift-car enthusiast who attempted to take the cab off of his 2009 Ford F-450 tow rig. Normally that’s nothing news-worthy. However, he decided to try it using a big tree and a chain hoist. It was going well until the tree branch snapped, denting the Super Duty’s roof.

Jensen talked to Jalopnik about the whole situation, saying “All of my friends were busy and I got impatient, so I tried to get creative and do it myself.”

The tree branch was about 20-inches in diameter, so Jensen thought it’d be able to handle the load of the Crew Cab. The branch initially held up until Jensen had to lift the cab up a bit higher to clear the 6.4-liter diesel’s turbochargers.

You may be wondering why Jensen decided to remove the cab to do motor work in the first place. Jensen answered that by saying that since the motor itself weighs a ton, and no hoist available, with the cab design and the way the exhaust piping is routed between the engine and firewall, it’s a massive pain. Jensen stated that while the cab really only takes about 2 hours to pull, it makes working on everything so easy.

There was some damage to the cab from the tree limb but it was mainly minor. The roof got banged up, one door has dings in it, and a cab corner has been pushed in.

For a guy with a newly-banged up truck, Jensen doesn’t appear to be too upset about the whole thing.

“Couple solid kicks, some gentle hammering, and maybe a little…[bondo]!” he told Jalopnik. “Eventually I may swap to a different cab. But for now she’ll be justttt fine.”

With the body now off the chassis, Jensen is finally wrenching away at the engine. Hopefully, he can get his daily driver up and running again soon. 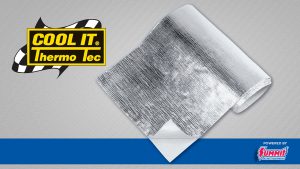 Did You Know? You Can Prevent Early Component Death Due to Radiant Heat  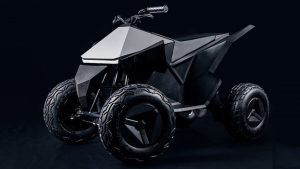