Everyone knows that young drivers are involved in accidents more often than more experienced drivers. Why? is the question this study attempted to answer. The study from researchers at the University of Pennsylvania’s Annenberg Public Policy Centre determined that slower “working memory” was the culprit.

Most of us assumed it was either distracted driving or a lack of experience and skills at driving. It turns out that working memory, which develops into your twenties is what helps with complex moment-to-moment tasks that are needed in driving.

According to Fox News, Study author Dr. Elizabeth Walshe, from the University of Pennsylvania, said: “We found that teens who had slower development in working memory were more likely to report being in a crash.

“Safe driving involves scanning, monitoring, and updating information about the vehicle and environment while managing multiple subtasks and distractors. All of these tasks challenge working memory, especially when a young driver has not yet fully learned to automate many basic driving routines.”

What it all means is yet to be determined. Should the driving age be raised? Should there be a standardized test to test for slow development of working memory? Or do you think the improvement of autonomous and driver-assisted technology in vehicles is the best path to helping out younger drivers? Let us know in the comments! 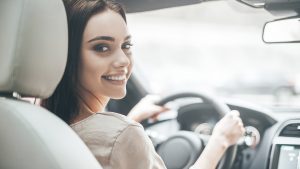