While many people associate Steve McQueen with the movie Bullitt and that crazy Charger vs. Mustang chase through the hills of San Francisco, his last film was The Hunter where he drove a rental 1979 Pontiac Trans Am as bounty hunter Ralph “Papa” Thorson. 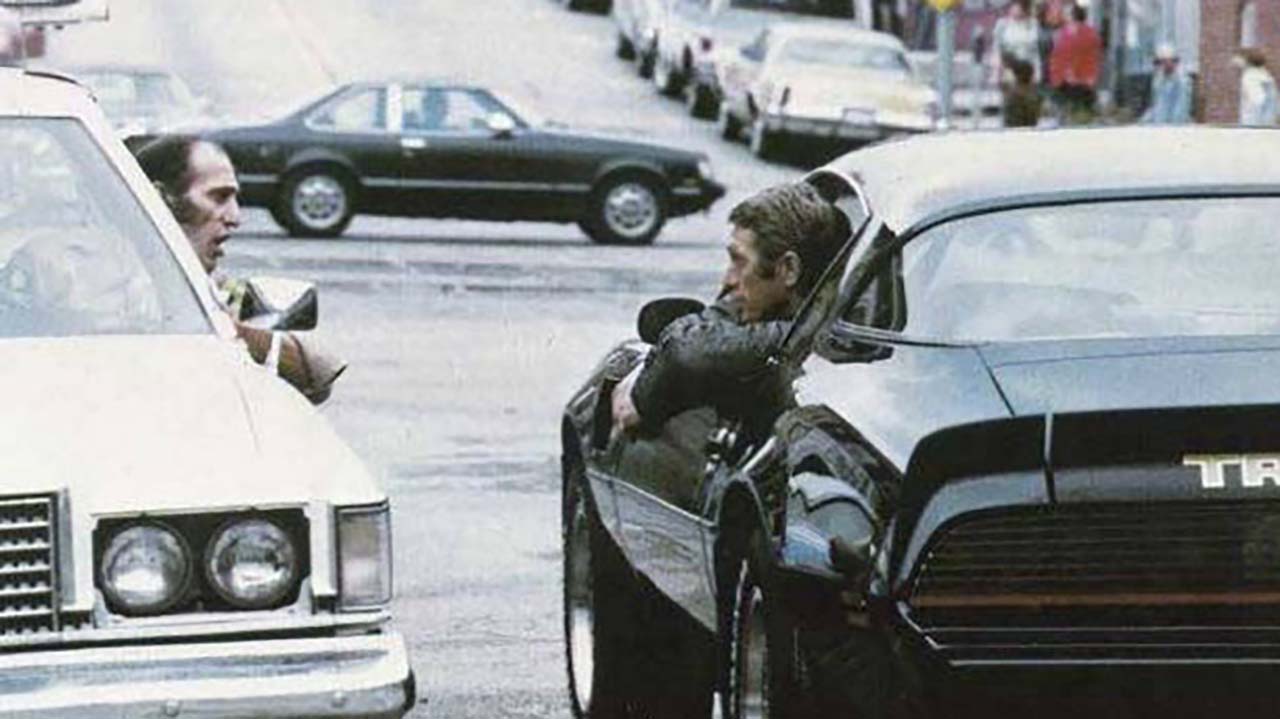 A total of seven Trans Ams were used in the film, and two were purposely blown up for the movie. Paramount Pictures purchased the seventh Trans Am when the first one didn’t explode big enough for the scene. It has been said that this is the only surviving Pontiac Trans Am from the film, with the other wrecked TA sent to the junkyard for scrap metal. The car has been hiding in a corner of Harold McQueen’s barn (no relation to Steve McQueen) just a couple of farms away from where it was blown up for the film, and it has been untouched since. 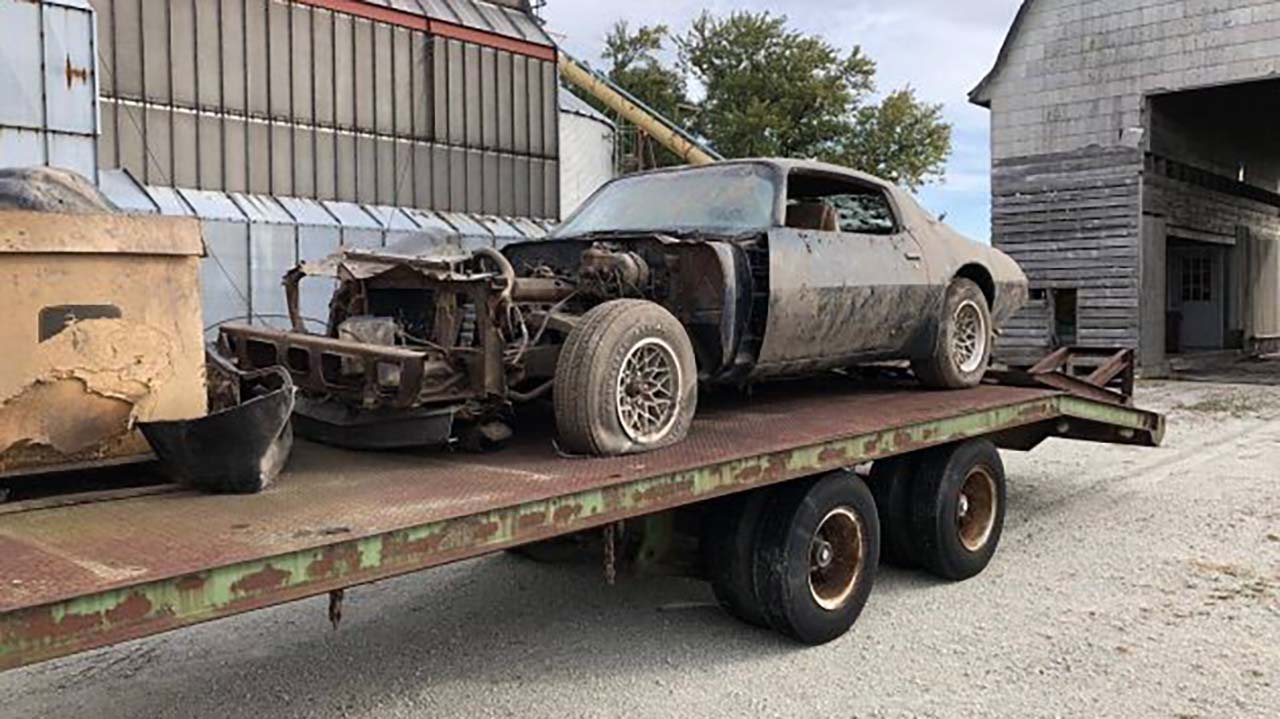 Harold McQueen was one of the spectators of the film where the movie was taking place in Illinois, and he was witness to both car explosions for the movie. He volunteered to haul the cars away with his truck and trailer. Paramount Pictures paid Harold with the first blown up Trans Am as payment for hauling the cars around. He even ended up in a scene of the movie with his truck hauling the blown up Trans Am, along with McQueen and the Branch brothers to the airport to drop off the rental TA in pieces. 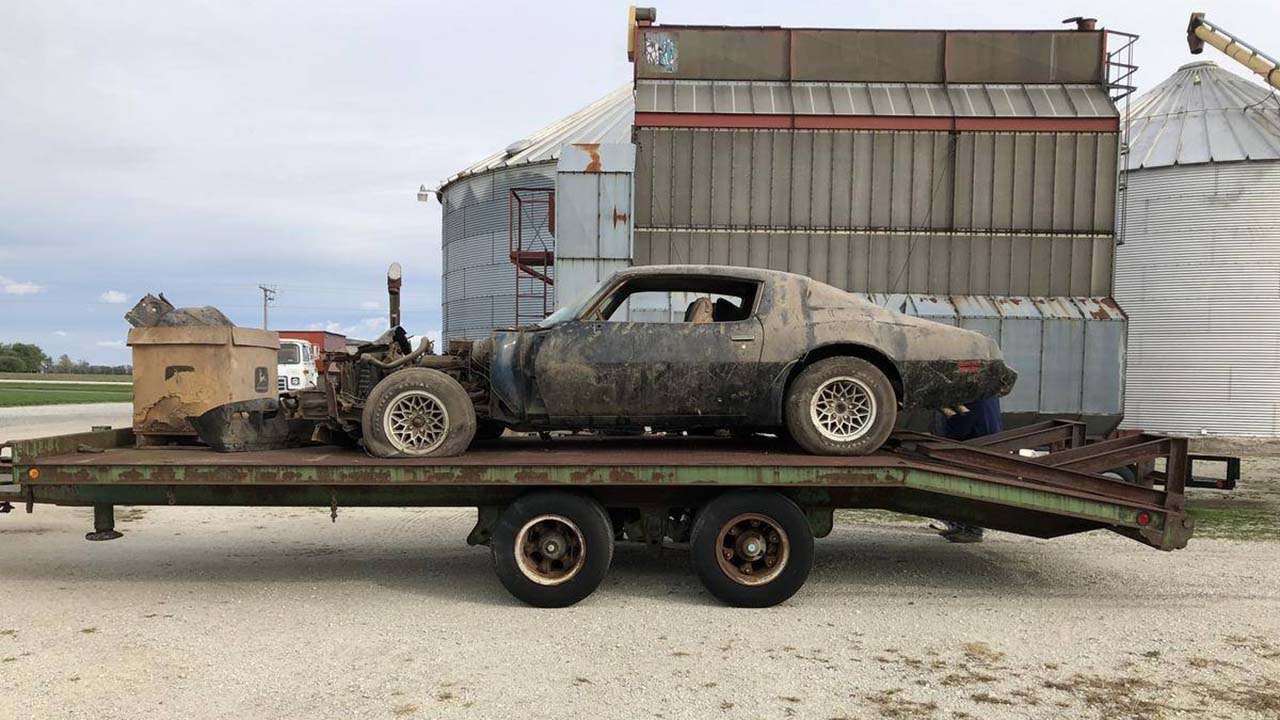 A local man, Stan Harvell, who knew that Harold had the Hunter Trans Am from when they were kids, purchased the car from him. Stan teamed up with Calvin Riggs from Carlyle Motors, and the future of the car is being figured out. Full story on Hemmings.com. 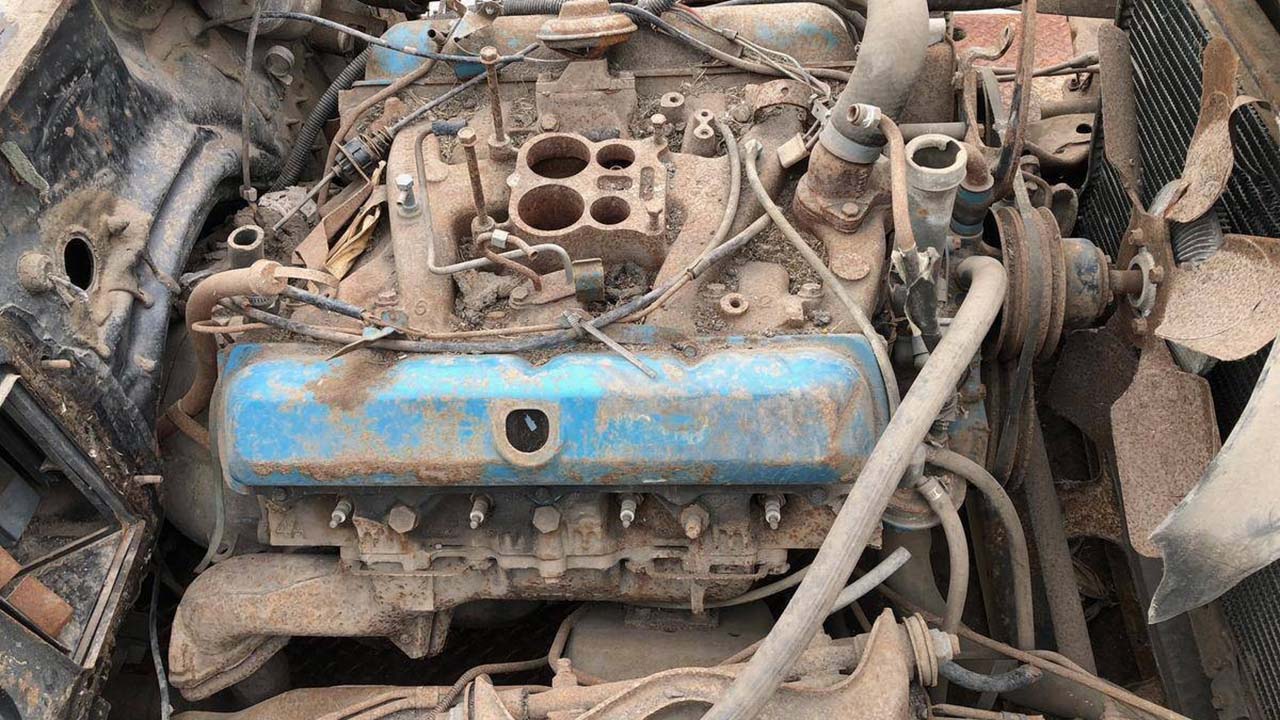 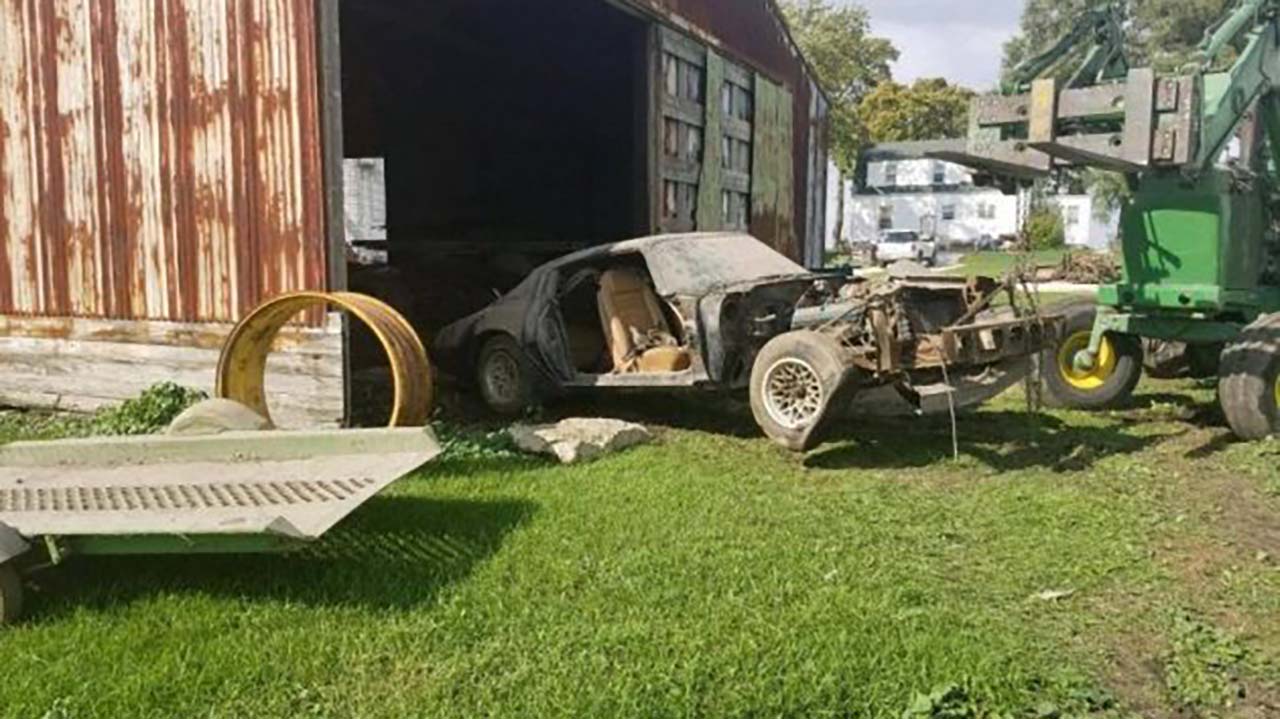