A study conducted by the Insurance Institute for Highway Safety (IIHS) has shown that pickup trucks equipped with Automatic Emergency Braking (AEB) experience far less rear-end crashes. However, given the amount of a threat they are to other drivers, pickup trucks are also less likely to be equipped with this feature than smaller cars and SUVs.

“Pickups account for 1 out of 5 passenger vehicles on U.S. roads, and their large size can make them dangerous to people in smaller vehicles or on foot,” says Jessica Cicchino, vice president of research at IIHS. “Nevertheless, manufacturers have been slow to equip them with AEB and other crash avoidance systems.”

The study analyzed police-reported accidents from 25 states between 2017 and 2020 involving pickups rear-ending other vehicles. According to the results, pickups equipped with AEB experienced a rate 43% lower than those without AEB. Rear-end injury crash rates were also 42% lower, and there was a 77% reduction in serious and fatal injury crash rates with pickups equipped with AEB.

“These numbers confirm that AEB is reducing crashes for pickups, just as it is for cars, SUVs and large trucks,” said Cicchino. “The faster automakers can make sure that every pickup they sell has this important safety feature, the better.”

AEB systems are supported by cameras, radar, or lidar, to sense and detect whenever another vehicle is starting to get too close at an alarming rate. Most AEB’s set off a warning to the driver, prep the brakes for an emergency, and then activate them in case the driver’s response time is not fast enough.

However, many automakers have not installed AEB on pickups as much as on smaller cars and SUVs. In 2021, only 5% of new pickup trucks were equipped with AEB. In that same year, the feature was included on only 10% of cars and 18% of SUVs. 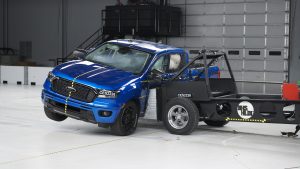 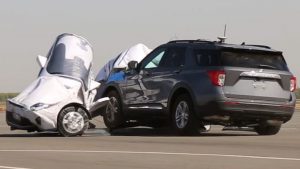 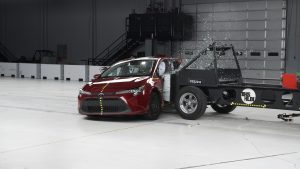 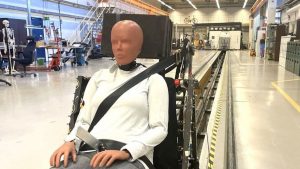