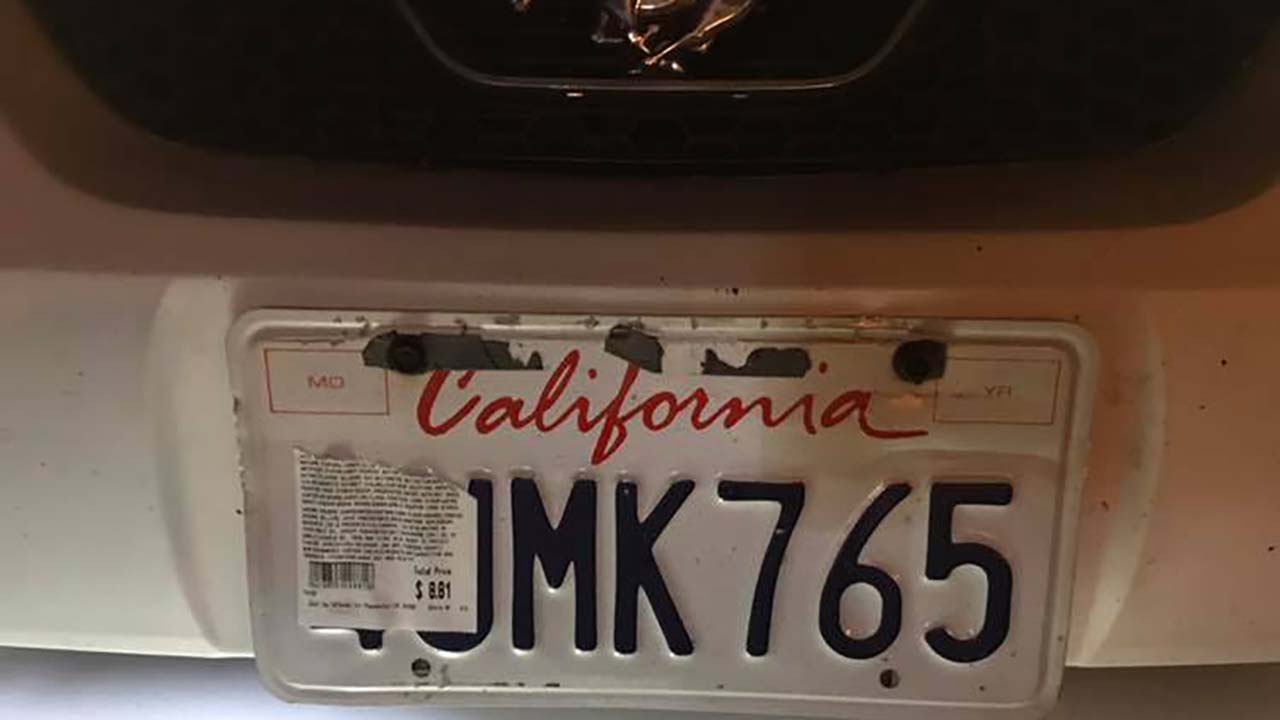 The California Highway Patrol pulled over a man with obstructing his license plates on his Ford Mustang. He was hiding a couple digits on both the front and rear license plates with a receipt for teriyaki chicken wings that he had purchased from Safeway earlier that day.

“From the “we couldn’t even make this up” department.

This evening just before 8pm the on duty sergeant was on patrol in the area of US 101 SB north of Sir Francis Drake Blvd. when he observed a white Ford Mustang with the license plate partially covered. Since this area is near the Richmond/ San Rafael Bridge where people frequently cover license plates to avoid tolls, the sergeant made a stop on the Mustang.

Well, sure enough the driver had used his receipt from a pound of Teriyaki Chicken Wings he had bought at Safeway earlier in the day, ripped it in half and used it to cover two digits of both the front and rear plate.

The driver was cited for driving on a suspended license and having an obstructed license plate. The Mustang was impounded”