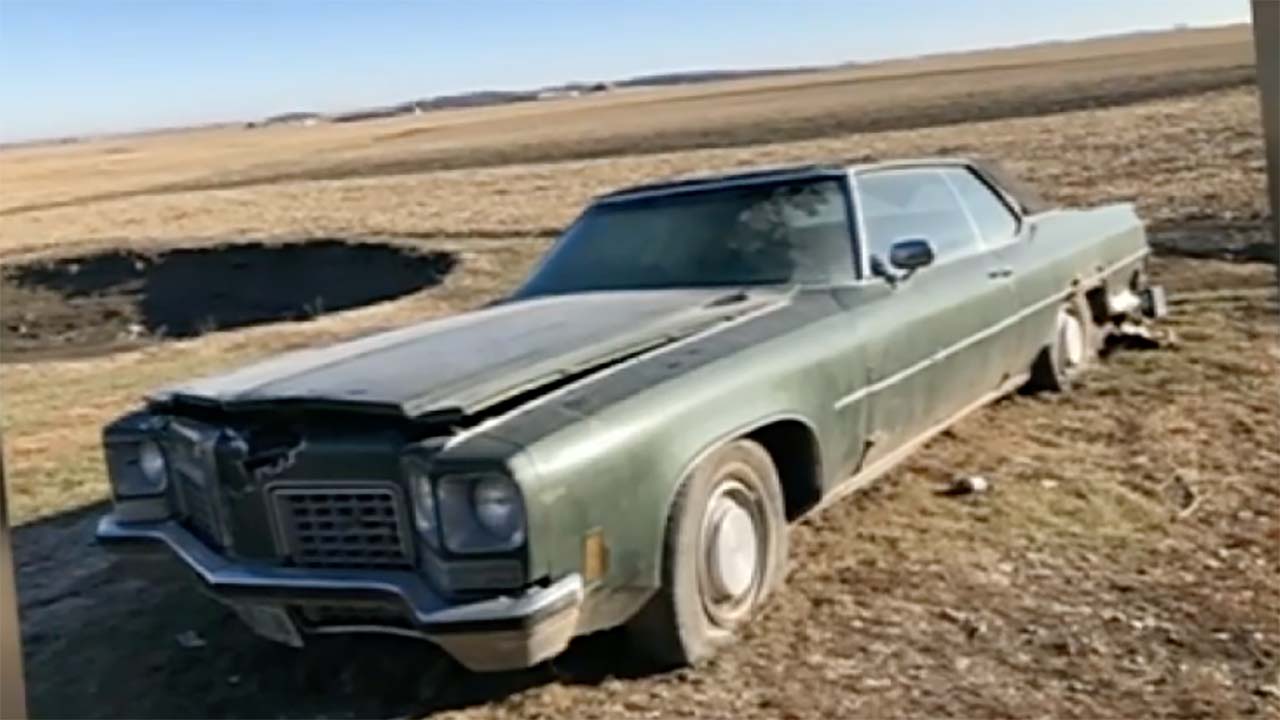 It’s not every day you go to work on a car and pull out a long lost wedding ring. That’s what happened with Will Frye from Dubuque, Iowa. He was working on his 1972 Oldsmobile parts car when he pulled a wedding ring from the engine bay.

He made a call to the previous owner, Ray Schmuecker, 93, to see if it maybe he had lost a ring. It turns out Schmuecker did lose his wedding ring back in late 1973 or early 1974. Back then, Ray’s wife was broken about the lost wedding ring so she drove to town and came back with a duplicate for him to wear.

The car has a lot of history with the Schmuecker family. When his wife Virgine was diagnosed with breast cancer, he wanted a nice car to take her back and forth to her appointments. It was also used as a family vacation vehicle, and all three of their kids had learned to drive in the same car.

About 20 years ago, the Oldsmobile finally broke down and it just sat. Schmuecker finally made an ad to sell the car and almost had it sent to the scrapyard. That’s when Frye contacted him and asked if he could buy it as a parts car to help his drag racing car, a 1968 Olds. When he was disassembling the engine, he came across the ring.

The Schmuecker family is happy to see the car live on in some way, even if it’s not in the original body, and they hope to see Frye’s drag car in action. They also never expected that the long lost wedding ring would resurface under the hood. Schmuecker’s daughter Ann Cabana was also recently diagnosed with breast cancer and saw it as a sign that “everything will be OK.”