Jay Leno visited Prairie Chapel Ranch out in Texas to hang out with former President George W. Bush for the Season 3 premiere of Jay Leno’s Garage. And if you haven’t seen it, Leno’s show is technically an auto show. So it makes sense that the two drove around in Bush’s beloved 2013 Ford F-150 King Ranch edition while they talked bi-partisanship.

Former President Bush told Leno that he enjoys driving the truck on the ranch and added that he hasn’t driven on a road since 1993. While Bush was giving a tour of the ranch from the driver’s seat, he talked about bipartisanship, saying, “You know, Bill Clinton and I — we get along well and have a lot of fun. And it surprises people.”

Bush also talked about the famously photographed hug he shared with former first lady, Michelle Obama, during the opening of the National Museum of African American History and Culture.

Then, Leno and Bush met up with former first lady Laura Bush, who wasted no time putting Leno to work. He might have had to uproot a tree and stack compost bags, but Leno was fortunate enough to catch Laura Bush calling her husband by his nickname…Bushy. But Bush was quick to tell the comedian, “I wish you wouldn’t repeat it.” Can you blame him? This is about as American as it gets: Presidents, farms, pickups, and comedians. What more could you ask for? 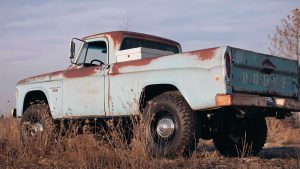 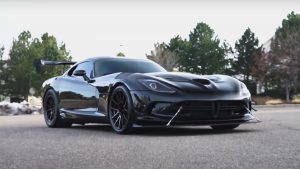 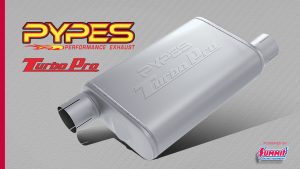