Ford is trying to find out more about this prototype and is asking the public for help. For years, the automaker has asked current and former employees if they know anything about the car.

While Ford has lots of makes and models, they also have an archive, naturally. However, the mid-engined, two-seater, 1966 Mustang prototype pictured above slipped through the cracks and Ford is looking for answers.

Ford has released a handful of photos in hopes that someone, somewhere could provide information. It’s saying the pictures of the prototype were taken May 2, 1966 and is based on a 1966 Mustang body, with a two-seat layout and a V-8 mounted behind the cabin.

The automaker first got a look at these photos some five years ago, when Dean Weber, then head of Ford Archives (now retired) had sent them to Mustang author and columnist John Clor at Ford Performance and longtime Mustang marketing and PR guru John Clinard of Ford’s West Coast Public Affairs office. Weber’s email had read:

“Gentlemen: As you know, I am a big Ford Motor Company fan, but not really a motor-head. I was going through some scans and these jumped out at me — Did we know that in ’66 Ford was working on a 2-seater, mid-engine Mustang? It might have been re-skinned as the Mach 2 Concept, but at this point it was definitely a Mustang . . . Maybe this is well-known among the cognoscenti, I just didn’t know about it. Did either of you?”

Aside from the pictures, the company doesn’t have any record of the car’s existence. So the mystery surrounding these lone four photos from the Ford Archives continues. Unless…that is, YOU or someone you know can shed some light on this 1966 mid-engine two-seater Mustang project car. Email Ford any info you may have to ClubHub@Ford.com and we’ll see if we can get the real story behind this cool prototype out to the Mustang world.

If you can validate what they say and become the one to unlock this mystery, Ford will give you and your source full credit — and will even send you a special prize. Good luck! 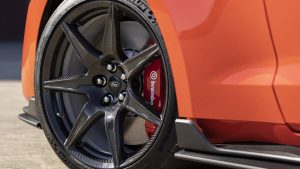 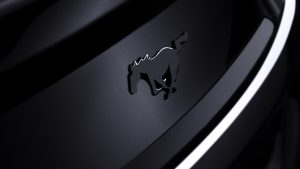