HIT THE GAS: The unidentified driver of a Mercedes-Benz G-Class SUV is alert and recovering after accidentally hitting the gas instead of the brake and launching through a parking garage third-story window in North Hollywood. https://t.co/e63WB5fk5C pic.twitter.com/iMJuQVFa4r

Talk about lucky. Although the driver of a Mercedes-Benz G-Class was hospitalized after driving his G-Wagen through the wall of the third floor of a parking garage and landing on his roof in North Hollywood, California, he is alert and alive.

Video of damage caused by Mercedes-Benz G-Wagen that drove out of a third floor apartment building parking garage in North Hollywood.

The Mercedes was propelled through the side of the parking garage and flipped onto its roof before landing on the street below. The Los Angeles Fire Department was able to get the trapped driver out. The driver told LAPD officers that the acceleration was unintentional. LAPD representatives said their investigation suggested the driver had stepped on the gas instead of the break, according to ABC 7, adding that drugs and alcohol were not involved in the crash. 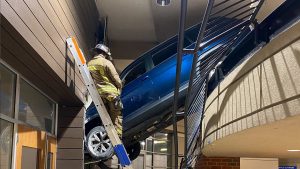 Driver Stuck In SUV After Driving Off Parking Deck 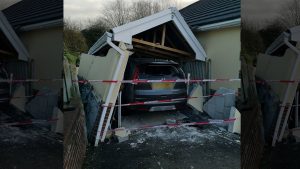 Driver Destroys Own Garage While Trying To Park SUV 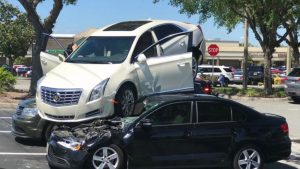 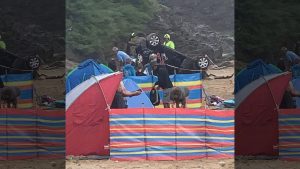 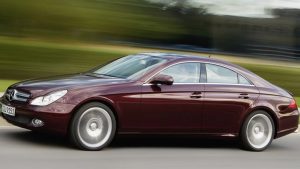 Over 700,000 Mercedes-Benz Vehicles Being Recalled For Sun Roofs That Could Fly Off
View Comments