Apparently this driver didn’t learn much from the Driver’s Ed course. A driver in China who had just recently received his license drove his car into a river about 10 minutes after leaving the DMV.

It’s reported that Mr. Zhang veered off of a very narrow bridge with no guardrails as he was texting with friends about passing his driver’s test.

Luckily for Zhang, the vehicle stayed afloat long enough for him to be rescued and was later removed from the water by a crane.

While Zhang didn’t say if any violations were issued, the average punishment for texting while driving is the equivalent of a $25 fine and two license points in China. 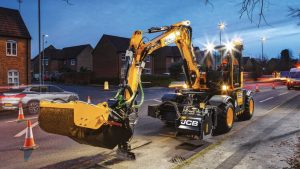 This Machine Can Fix Potholes in Under 10 Minutes