Corvette Does A Complete 360 In Traffic and Keeps On Driving


There are some weird things that happen out there in traffic, this being one of them. Honestly how does someone just suddenly spin out of control and do a 360 in the middle of busy traffic and then keep on driving? That’s like being an unskillful driver and a skillful driver at the same time because they spun out of control for some reason and then saved it. Weird stuff but it’s still pretty interesting to watch this Corvette in action!

So this video starts off with a dash cam view of a drive on the road somewhere. Suddenly when the driver with the dash cam merges on this road, a blue Corvette up ahead literally just randomly spins out of control! It begins spinning out of control everywhere and then somehow manages to do a complete 360 before somehow getting straight again and then just drives off like nothing happened! What!? We wonder what the people behind this Corvette were thinking because this was super random and this Corvette looked like it narrowly avoided disaster somehow. This is pretty crazy stuff! What do you think about this? Have any thoughts or opinions? Let us know in the comments what you think about it! 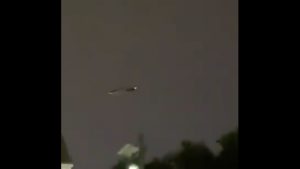 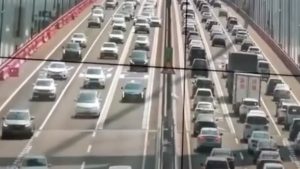 Terrifying: A Chinese Suspension Bridge Full of Traffic Bent In The Wind 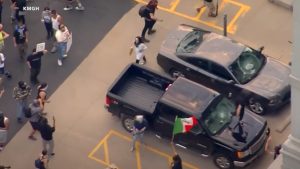 The Question Of The Week: Does Auto Insurance Cover Cars Damaged During Protests Or Riots?