It is the year of the Cicadas and they are swarming cities across the country. Brood X cicadas have come out from their 17-year slumber and there are billions flying around. However, it only took one to take out this Cincinnati driver.

The Cincinnati Police Department reported that a lone cicada was responsible for a single-car crash earlier this week. The bug flew through an open window and struck the driver in the face. The distraction caused the driver to veer off the road and crash into a nearby pole.

The driver sustained minor injuries. However the car and cicada did not fair as well. The car was totaled and the cicada was found dead on the front floor mat. Police have advised other residents to keep car windows closed to avoid any further accidents. Fortunately, Brood X adults are expected to be gone for the most part by the end of July. 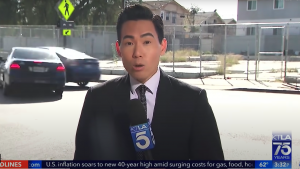