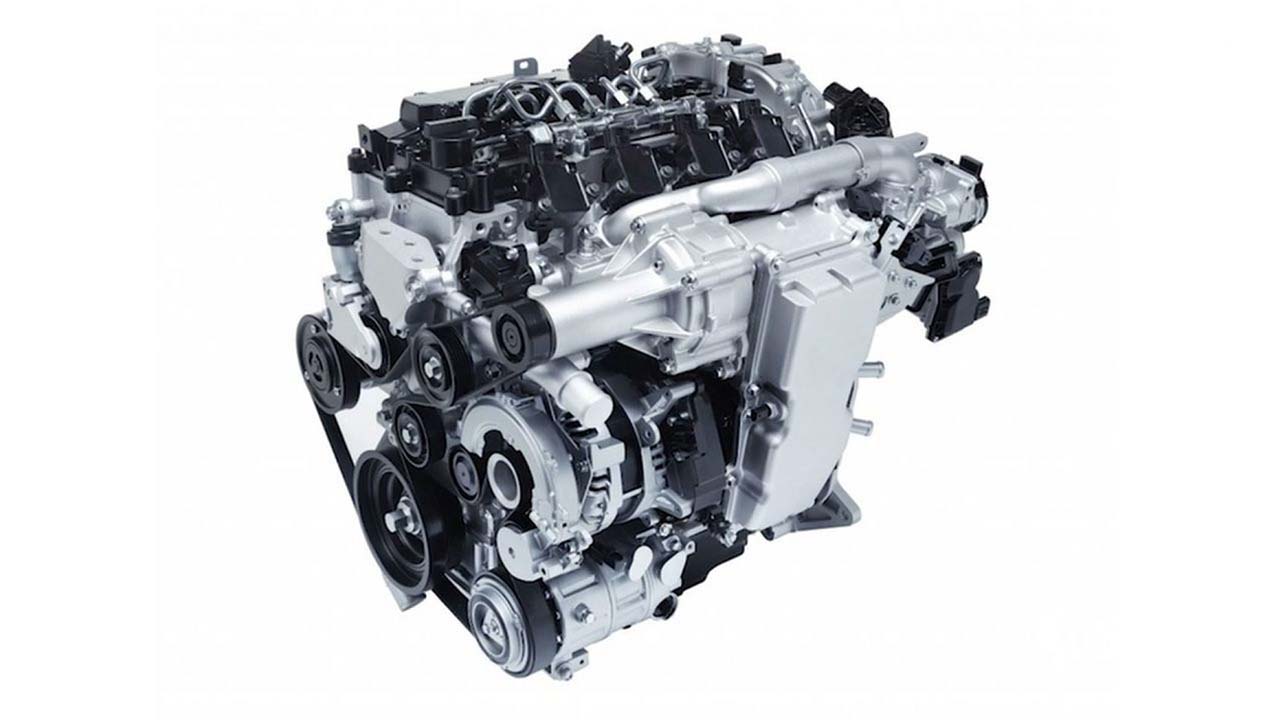 At the Los Angeles Auto Show this year, Mazda showed off their new 2019 Mazda 3 model. The Mazda 3 has transformed over the years since its big debut in 2003. For the first time, Mazda is offering all-wheel-drive, and you can also opt for a six-speed manual transmission. But, that’s not all that is new for Mazda’s sporty little car.

Mazda has a new optional powertrain for the Mazda 3, but sorry Mazda lovers, it’s not rotary. (But don’t worry, there’s supposedly one in the works). The idea was to build an engine that has fuel economy like a diesel but with cleaner gas emissions. Mazda calls this the SkyActiv-X, a 2.5-liter Homogeneous Charge Compression Ignition (HCCI) engine. Mazda calls it Spark-Controlled Combustion Ignition and delivers 20-30 percent better miles per gallon than your run-of-the-mill gasoline engine. It’s basically getting the gasoline engine to play more like a diesel. Obviously, diesel burns slower than gas, so Mazda developed this high-compression (16:1) engine.

From Mazda “The SKYACTIV-X engine uses a spark to ignite only a small, dense amount of the fuel-air mix in the cylinder. This raises the temperature and pressure so that the remaining fuel-air mix ignites under pressure (like a diesel), burning faster and more completely than in conventional engines.”

It will also feature a roots-type supercharger to help cram air down into the mill for better performance, especially under full throttle. It also has a mild-hybrid system that sparks an electric oomph when you put your foot down. It is rumored to make about 190 horsepower and 170 ft-lb of torque.

Mazda also said that other engines for the Mazda 3 will be available such as the 1.5-, 2.0- and 2.5-liter inline-4s as well as a 1.8-liter inline-4 diesel. Transmission options include a six-speed manual and six-speed automatic. Mazda hasn’t released when this new engine will be available and specs on it have not been released as of yet. However, it doesn’t seem like it’s that far down the pike.