Which State Is Home To America’s Safest Drivers?

Would you be surprised if we told you the answer Michigan? A study done by QuoteWizard reports that Michigan drivers top the list (again) of the country’s safest drivers.

The study is done annually and pulls data from insurance quotes nationwide which allows it to compare everything from states to small towns. To be more specific, Michigan’s safest drivers are in Lansing, Grand Rapids, Jackson, Holland, and Kalamazoo. The stat’es worst drivers can be found in Roseville, Flint, Saginaw, Pontiac, and Taylor.

The study takes a look at incidents on drivers’ insurance records such as accidents and speeding tickets. Then items such as frequent DUIs or other reckless behavior are considered.

While there is no nationwide 2019 data posted online, the top five states with the safest drivers in 2018 besides Michigan were Mississippi, Oklahoma, Arizona, and Illinois. As far as the worst drivers? You can find them in Maine, South Carolina, Nebraska, California, and North Dakota. 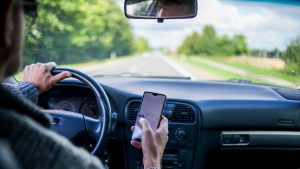