The Cedar Rocket Is The World’s Fastest Motorized Log


You can put a motor in just about anything these days. And we’re not sure exactly why you’d want to ride in an all-electric log-on-wheels but Bryan Reid Sr., the founder of Pioneer Log Homes made it possible just in case you do!

Of course, for obvious reasons, the team made the car an all-electric and loaded it up with two turbine engines in addition to some parts from an old Mazda RX-8. It’s capable of reaching a top speed of 47.64 mph which it did at a track outside Phoenix lat January. That was more than enough power to win it a Guinness World Records title as the reigning motorized log champion. Not sure if there’s a lot of contenders in that category but a win is a win!

The car is now being auctioned this week in case you REALLY like it. The proceeds of the auction will go to veterans’ groups. 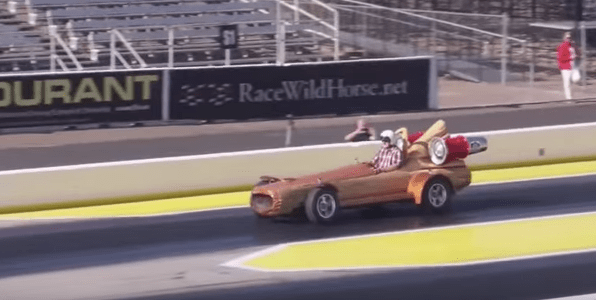