Californians Are Building Snowmen On Cars And Driving Around With Them

Ran up the Crest this weekend and saw at least 20 very confused Californians pulling over to build a snowman on their cars — then keep driving. Stop this madness. Stop it at once.

It’s no secret California isn’t known for winter weather. But we didn’t know California residents would be so…odd when they got some early-season snow blanketing the mountains.

The Drive captured some photos taken on the famed Angeles Crest Highway outside Los Angeles on Sunday.

People have been pulling over, building snowmen on the tops of their vehicles, and then driving away down the road. Not only is this weird, but pretty dangerous. A flying chunk of ice/snow from a moving car can do some damage to other cars. 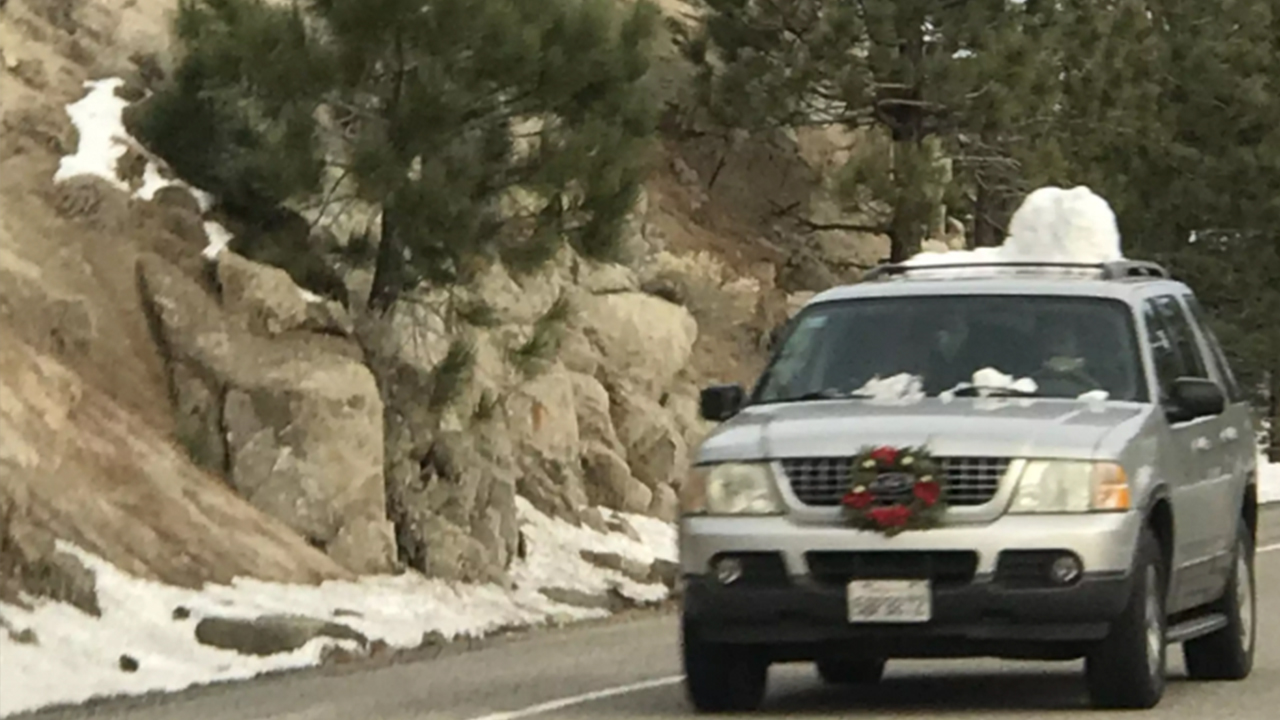 Anyone from California care to clue us in on this interesting hobby?