Normally when you hit a test and tune, you see your plethora of Mustangs and Hondas, maybe a Viper. Not saying that isn’t fun or interesting, but containing your excitement when you see a brand new 2018 Ford GT roll up to race a Lamborghini Aventador might be hard to do. In fact, before the race footage, it seemed to be supercar heaven with the Lambo Huracan, the Ford GT, the McLaren 720S, Tesla, and Lambo Urus, among others. 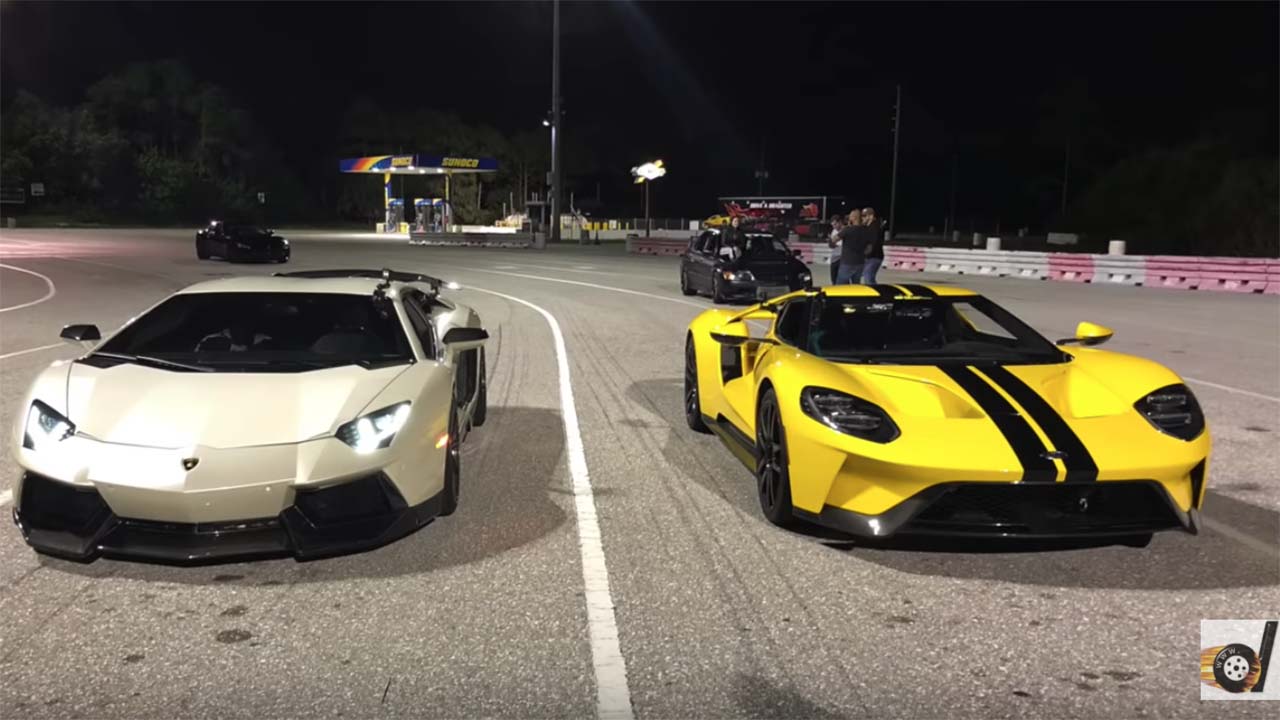 Both are absolute powerhouses from the factory and are well-matched. The 50+ fewer horses that the Ford GT lacks is made up by weight-reduction by about 300 lbs. Under the hood of the Aventador is a massive 6.5-liter V12 that makes about 700 horsepower and transfers it through a single-clutch transmission down to all four corners. Boasting half of those cylinders is the Ford GT that is powered by a twin-turbo 3.5-liter V6 capable of 647 horses and ready to roll out with shifting power provided by a dual-clutch transmission with seven gears. 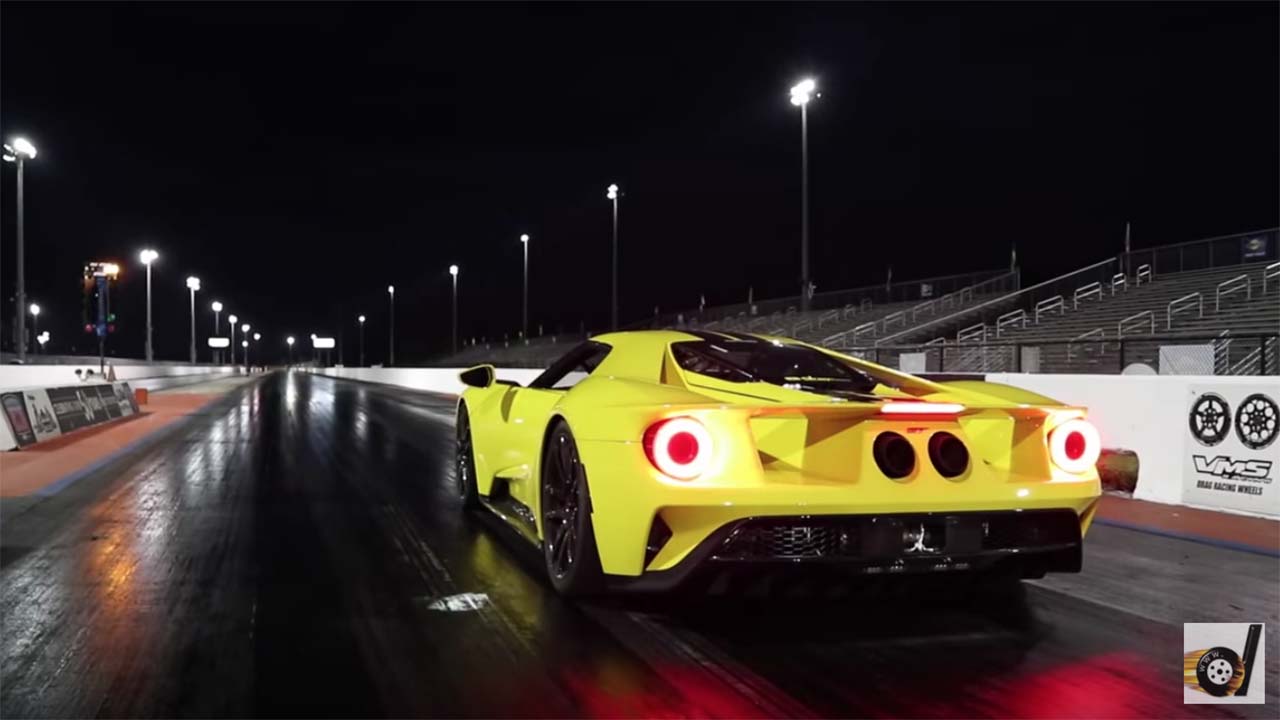 A few solo passes were made by the Ford GT before the big line-up. It nabbed a 10.85 at 131 miles per hour which is pretty darn impressive. Sadly, the video isn’t from a dig, but more from a roll. It would have been even more awesome to see them battle it out from a standstill. But, the Lambo owner didn’t want to “mess with the clutch” too much. We’ll let you see who wins this one, but the answer might be obvious. 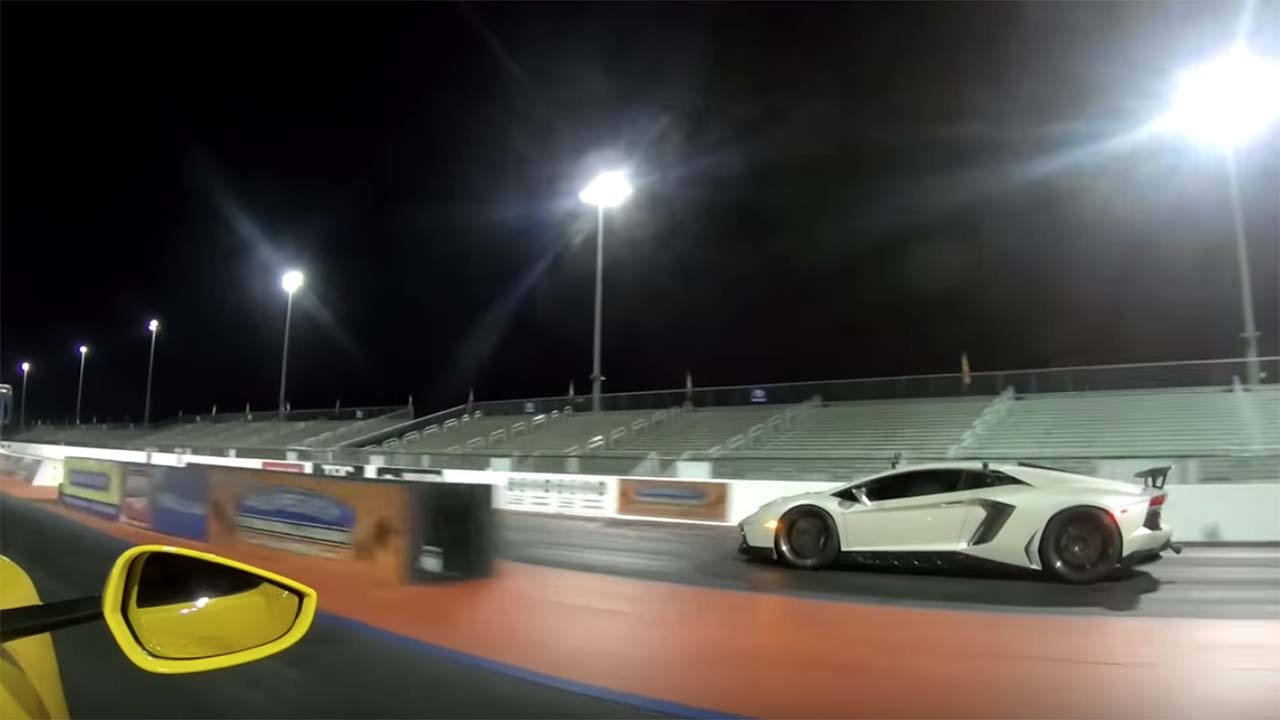