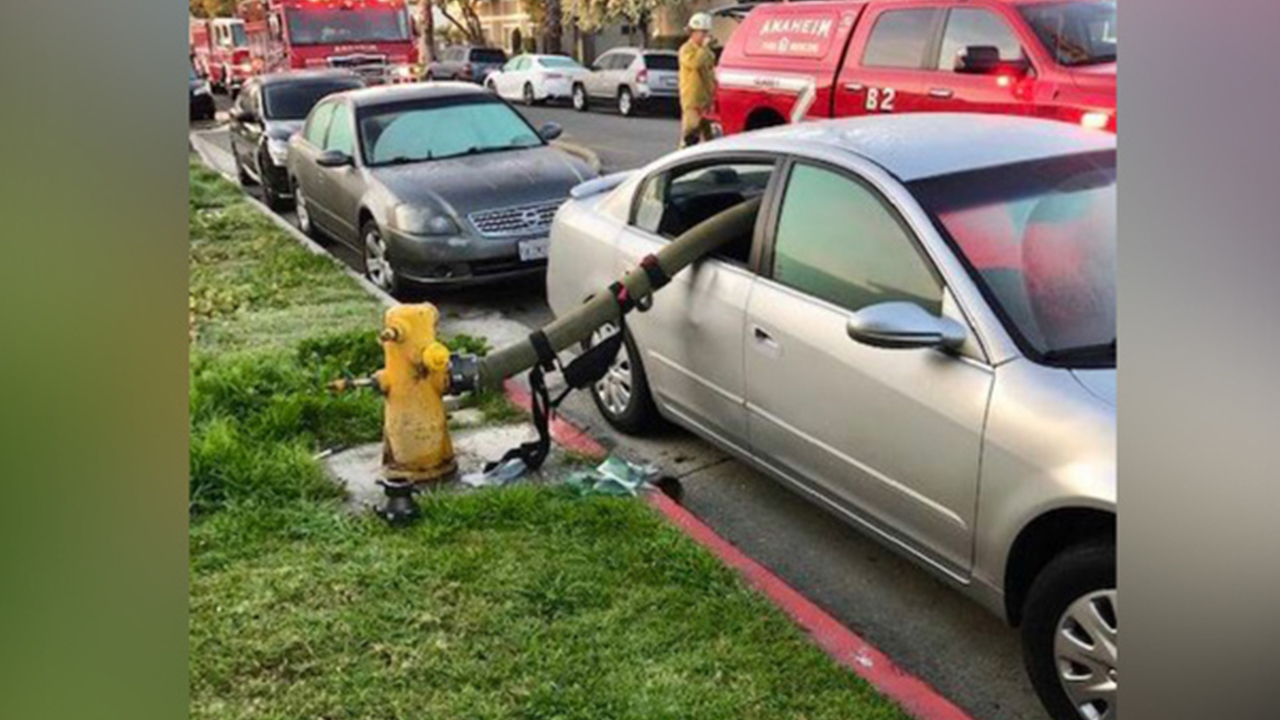 There’s a reason you shouldn’t park in front of fire hydrants. Accessibility in case of an emergency. The last thing firefighters want to do when they get on the scene is trying to find a way to get their equipment working. Anaheim fire officials had to do that when they were forced to break the back windows of a car parked in front of a fire hydrant.

The Anaheim Fire and Rescue Department posted photos of the result on Twitter to show residents what will happen when you break the law and block the hydrants during a fire.

Ever wonder what happens when a car is parked in front of a fire hydrant and a fire breaks out? Is a closer parking spot worth the broken windows and the citation and towing fees to @AnaheimPD? @City_of_Anaheim residents please do not park in fire lanes pic.twitter.com/Q96E4gfTOR

People responded by saying the crews could have gone over the car, but officials came back with the reason isn’t the best option:

“The hose needs a straight line out of the hydrant. We do not damage property unless it is needed. The weight would have caused even more body damage and the angle down to the hydrant would not allow appropriate water pressure. We don’t intentionally damage people’s property unless absolutely necessary.”

Officials assured the public that they posted the photos to educate the public. So next time you’re in this situation, take the farther parking spot, walk a few extra feet, and think about how you would want first responders’ time spent if it was your emergency.