Tesla Loses Rear Bumper After Getting Rained On


Vehicles aren’t made of armor, but you expect a little more from modern cars. Especially when you pay as much as you pay for a Tesla. But new Model 3 owner Rithesh Nair was unimpressed when a half hour after purchasing the Tesla, he was on his way home and ran into some rain. Normally not a big deal. Except his bumper just fell off in the middle of the road! The theory is that the bumper cover got separated from the screws and since a piece of the shielding was missing, rain water got in and the extra weight tore the bumper cover off. 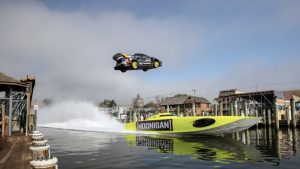