2020 has been wild, to say the least. So it’s a relief to see some good in the news, even amidst all the negative. This time, the good news comes in the form of a guy saving a total stranger’s car.

Austin Owens, of Louisiana, saw a rare Mazda RX-7 sitting in a parking garage at the Biloxi Golden Nugget Casino on a Cars & Coffee Facebook post. Floodwaters from Tropical Storm Cristobal were slowly approaching the car and Owens knew it was only a matter a time before the car was swept away.

Even though Owens had no clue who the owner of the car was, if they were coming back for it, or where they were he knew what he had to do as a car lover. Owens sprang into action finding some cinder blocks and a jack into his Ford Bronco and got to work lifting the Mazda up.

The Mazda wasn’t the only car in the garage. There was a 7-series BMW and black Ferrari 360 accompanying the RX-7. The Ferrari was able to make it onto a trailer while there is no word on what happened to the BMW, unfortunately.

On the same Cars & Coffee thread, the owner of the car was identified as a local convenience store owner. It was also revealed that the RX-7 has a built rotary engine and was freshly painted (yikes). People were speculating why the car was left on a low-level garage floor, was it an insurance ploy, etc. So the owner took to another thread to say that the car had been parked at the casino because it had a leak in the rear trunk and the locals assumed the location would be a good place for the car to ride out the storm.

Definitely a great ending to what could have been a sad day for gearheads everywhere. Owens said he was glad to help and is happy everything worked out:

“Appreciate the love, but I’d expect the same for one of my cars,” Owens posted on Facebook. 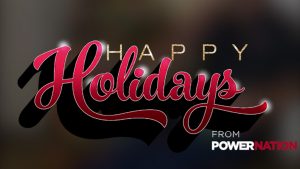