Owners of the new Chevy Corvette C8s have reported that the frunk (or front trunk area) can fly up while driving down the road. With the new mid-engine design, having a front storage area takes up the front space. However, CorvetteBlogger reports that there are currently two complaints filed with the National Highway Traffic Safety Administration (NHTSA) detailing the incidents.

Both incidents are dated in April and occurred at low speeds (thankfully) because as you can imagine, a hood flying off at highway speeds would be disastrous. While those are the only two formal complaints, looking around forums and sites like CorvetteBlogger and you can see there are several more.

Although the reports have been trickling in, GM and Chevy dealerships are consistent with the theory that the unintentional releases must be user error. Unsurprisingly, drivers generally deny that statement. The Drive got a statement from GM saying:

After isolated reports of 2020 Chevrolet Corvette hoods being inadvertently left open while being driven, the engineering team is investigating the potential issue and will be working to prevent them moving forward. We have not been able to identify any mechanical issues related to this situation. We’re looking at ways we can improve warnings of the hood being open by increasing the volume of warning chimes and changing the messaging that appears in the DIC. Vehicles already in the field would receive these changes through over-the-air updates.

Basically, GM is looking for a way to better warn drivers rather than fix the original issue. And this is the second defect to surface with the new C8s. A few months back, select drivers found that when opening the driver-side door all the way, a screw comes through the fender and chips the paint on the edge of the door. That was speculated not to be a design or engineering flaw but an early assembly problem. 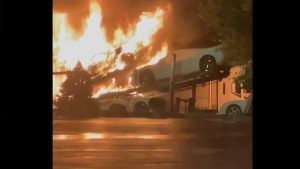 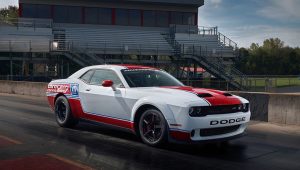