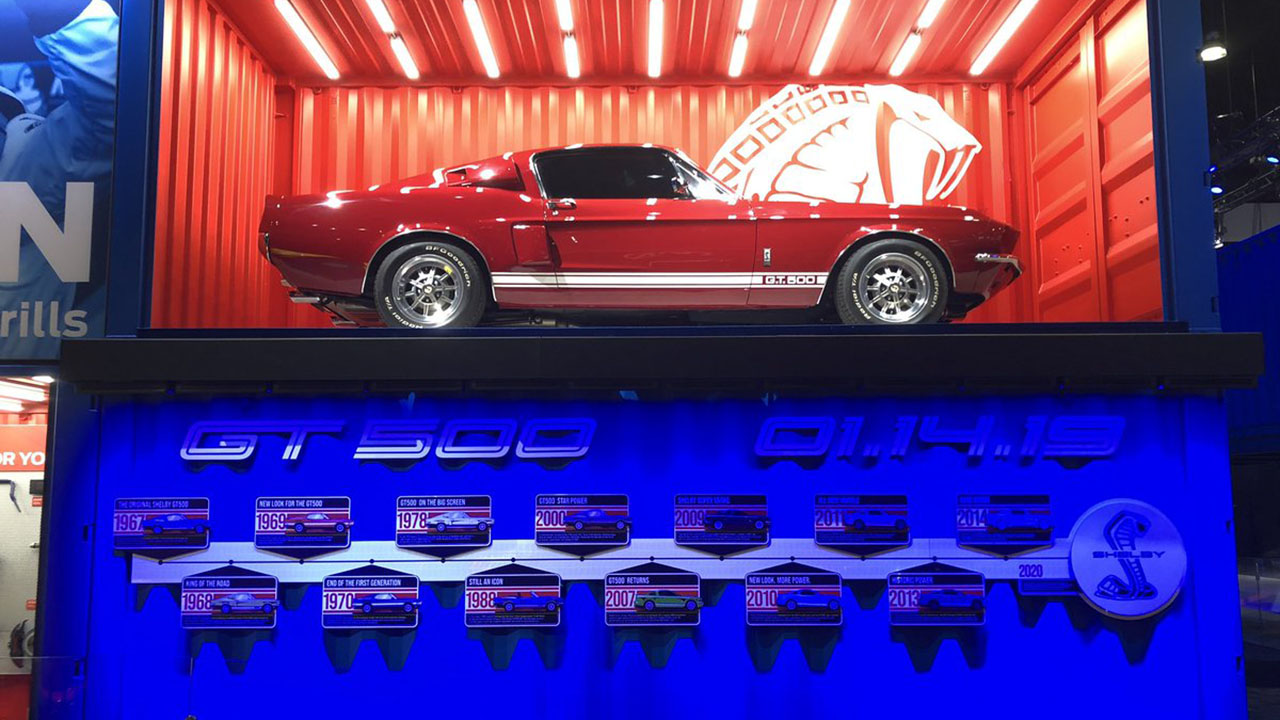 In California, the new Shelby was a no-show, but a classic Shelby GT500 sat in a container with a big sign underneath advertising when we can expect to finally see the all-new Shelby GT500. Ford has confirmed that the Detroit Auto Show is where the new high-performance Shelby will finally make its big debut. The 2019 North American International Auto Show is also where the new Bullitt was debuted just last year.

Ford Performance also teased the internet with a photo of an engine bay with a blower featuring the Shelby snake logo and when to expect it. Rumor has it that this car will be the highest performing Blue Oval to leave Ford’s factory gates with over 700 horsepower out of a supercharged V-8. Stay tuned. 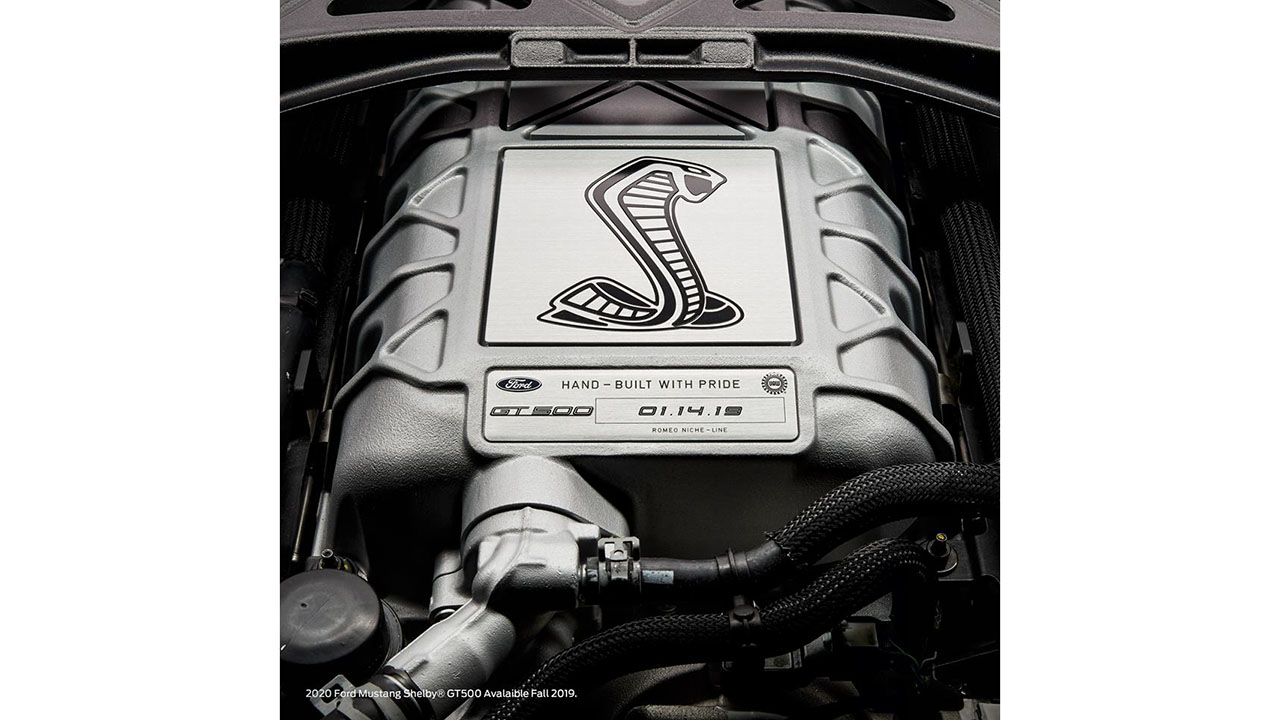